3 IoT Takeaways from SXSW for Entrepreneurs

Last week, thousands of techies descended on Austin, Texas for SXSW Interactive. As one might expect, the Internet of Things or IoT was a hotter topic than where to get the best barbeque (here’s my recommendation by the way). The interest in the space was palpable as many sessions required sweet-talking and position jockeying just to get into and there were many themes that emerged across the five days of talks. This post will take a look at three that I think are important for entrepreneurs to consider (and there are many more). 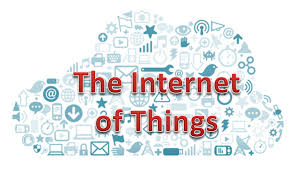 Before talking about those themes, let’s start with a working definition and commonly discussed trends for IoT. First, it’s helpful to define what we mean when we talk about IoT because the term has grown to broadly mean different things to different people. Most commonly, we hear about talking toasters and self driving cars, both of which are valid. Here’s what Wikipedia has to say about it. However, for this post, we’ll go with “devices that communicate with other devices to change something in the real world”.

Next, it has been well documented that the IoT will usher in a new era of data as more and more objects connect to each other. And this data is not necessarily Big Data, it’s a huge volume of Small Data. For the first time in our existence, we will be able digitally measure and track almost any item in the physical world. Some say this change will be as significant at the changes brought on by the internet itself. While it’s still way too early to know if this will be the case (and my NCAA bracket has me second guessing my powers of prognostication), here are a few important themes that I heard time and time again in Austin. 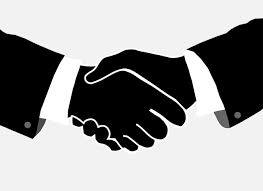 As more and more of the physical world is connected to internet, there is an increasing opportunity to disrupt large industries like Healthcare and Energy. However, both of those industries are highly regulated and in addition to understanding the regulatory rules and environments in each industry, entrepreneurs will need to be careful about who they partner with when attempting to disrupt these mega-industries. For example, entrepreneurs in Health Care will want to work closely with hospitals not only to do customer development but to partner in real ways to co-navigate the waters of change. True, lasting innovation for these industries in the IoT era will require a high level of collaboration between entrepreneurs and the various, diverse players in a market. The ability to build alliances may be as important as the ability to build great applications for entrepreneurs who want to build businesses in highly regulate markets. Additionally, partnering with law makers to strike the right balance between information sharing and privacy will be tantamount in the IoT age. 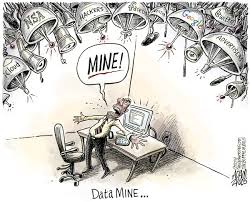 ith all of the new data being generated, there are new opportunities for unintended uses of private data. No, there’s not too much that can go wrong if your toaster setting goes public but think of the security risks of bad folks getting access to your location away from your home. Or consider how insurance companies might operate with access to your fitbit data. And then there is the fact that the US government currently has the right to access digital files stored on servers that are over 180 days old without a warrant (although that could change soon). Privacy and security are critical topics for any IoT entrepreneur to follow. Entrepreneurs who can make privacy policies and security competitive advantages stand to benefit in the era of IoT. Clear, easy to understand privacy policies may differentiate one service from another. Innovations in security hold the promise to provide the trusted communication and handling of data necessary to scale businesses in the IoT world.

Connected broadcast devices have been around for a while now and the ability to integrate them into live entertainment experiences is growing rapidly. Games like Ingress have already garnered over 7 million worldwide users to get out from behind their computers and play video games in real life. Augmented reality has been around for some time but experiences are now reaching a maturation level to drive usership beyond early adopters. At South by Southwest, I learned about some of the immersive and highly entertaining experiences being created with location aware devices and augmented storytelling. Several examples invite users to become active participants in walking stories in parks with statues that talk back or via a non-linear story told in East Austin. Think of the endless creative possibilities are for city tours, festivals, museums or any other physical experience that can be enhanced by sending you location specific information.

IoT represents a rich area of opportunity for entrepreneurs as the communication between the physical and digital worlds grows. IoT is an incredibly broad industry that will have room for many types of players. Entreprenuers can take advantage of these opportunities by orienting themselves to think collaboratively on problem solving, seriously about security and creatively about the end experiences they are creating.

We’ve just discussed some high level considerations for  entrepreneurs in the IoT space. Want to know more? Check out this post from Arin based on his experience at 2015 StartupGrind. What will you build in the IoT era?