Are you waiting for permission?

Am I really qualified to do this?

Moments of doubt like that hit all of us occasionally as entrepreneurs. An entrepreneur must have two basic elements in order to go from “somebody with an idea” to an actual entrepreneur.

First, you must have that idea, preferably one you are passionate about.

Second, you must be willing to act on that idea.

But what if your idea is in an area outside your expertise? What if you are about to go head to head with more experienced competitors? What if you’re fresh out of college? Unless you are creating something really revolutionary, you are probably about to enter a marketplace that others are already playing in, and then you may wonder…

Am I really qualified to do this? 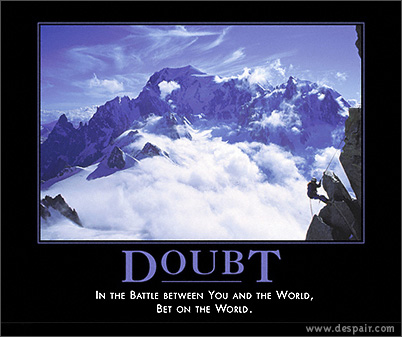 Self doubt like that is normal, and can only be overcome in two ways.

First, someone can tell you that Yes, in fact, you are qualified to do this. They can give you the assurances, or perhaps the “permission”, to go ahead and try it.

Or, you can go the second route, and charge ahead into your startup without waiting for anyone’s permission or approval to do so.

Last week, I had a chance to hear two very successful entrepreneurs speak, and they both reminded me not to wait on anyone’s permission before pursuing my ideas.

I attended the “Start Up Now” entrepreneur conference at the University of Virginia’s Darden School of Business Batten Institute (gotta love those long academic names). One of the sessions was about how to buy someone else’s business and grow it.

I’m not really in the market to buy anybody’s business right now, but maybe in the future I will be, so I thought it would be an interesting talk to check out and expand my horizons a bit.

The speaker was Charles Lunford, a venture capitalist who had his first big success by buying a flailing candle manufacturer. Over the course of eight challenging years, he turned the company around, built up new successful brands and product lines, took on the biggest competitors in the field, and then sold the business for apparently a big enough profit that he’s now a venture capitalist.

Here’s the thing: He doesn’t like candles. He quipped that “I’m practically allergic to scented candles, and we don’t own a single one in our house.”

He knew nothing about candles or their target demographic when he bought the business. Despite being in completely over his head, he threw himself into understanding his newly purchased business, his customers, his competitors, the finer scientific points of how candles burn with the least smoke, and the slightly less scientific nuances about shades of purple that sell best.

He did not wait for permission, and he readily acknowledges how unqualified he was to run a candle company. But he saw a business opportunity, accepted the challenge, was open to learning, and made it a very successful venture.

The second speaker I saw on Friday had a similar message, although you might scoff at me grouping him with a candle maker.

Alexis Ohanian was the co-founder of Reddit, the “front page of the internet.” Alexis was also a 2005 graduate of the University of Virginia (Go Hoos!), and he came back to my alma mater to speak at the McIntire School of Commerce at UVa.

Alexis visited UVa as part of a 75 college campus tour to promote his new book “Without Their Permission.” Now you see why I was emphasizing “permission” above.

Video below by Alexis: The UVa crowd chanting part of our fight song. I’m the tool in the white dress shirt on the left in the beginning of the video. Thankfully I saw a friend there who is older than I am. Everybody else made me feel old.


Alexis’ message was both hilarious and inspiring. I learned that I have a lot in common with Alexis besides our UVa degrees.

For instance, we both like waffles, and we have both eaten late night waffles at the Route 29 North Waffle House in Charlottesville. In fact, Alexis told the story of his late-night Waffle House epiphany about his plans to go to law school:

That syrup fueled epiphany led him and his room mate Steve Huffman to forget about graduate school and normal jobs, and instead pursue startup dreams that eventually led to Reddit. 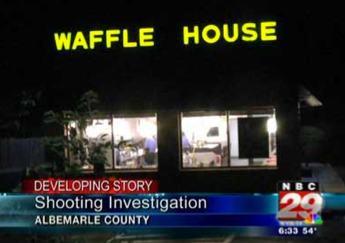 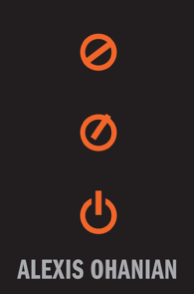 I’ve been reading Alexis’ book the last few days, and it’s a great story. His college tour and much of the book is targeted at college students considering startup life, but the message applies to even those of us who graduated a bit earlier than him (my gray hair isn’t showing too much yet I suppose, but it’s there).

His message is simple: The internet has democratized knowledge (at least for those of us in the developed world). There is a ton of information freely available about business, programming, and virtually any niche you want to jump into. You can teach yourself anything you need to know, virtually for free.

Don’t wait for someone to give you permission. Don’t wait to pick up years of industry experience. Don’t even wait to finish your degree (Alexis and Steve started Reddit during their final undergraduate year at UVa).

Pursue your startup dream now – without their permission.