4 things you have to know about your IoT MVP

Building an Internet of Things prototype or Minimum Viable Product is no small matter. This is definitely a hot space to consider for your business, but it’s not as simple as moving to a different programming framework. There are some things you need to carefully consider first.

I was recently at the 2015 Startup Grind conference in Redwood City California, and a number of speakers touched on the complexities of IoT startups. As a web developer with an electrical engineering background, their comments certainly rang true for me.

Here are 4 insights that you need to know before you start building your IoT MVP: 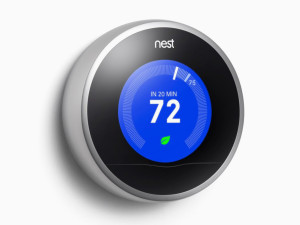 I’m sorry to start off with the bad news, but you are not going to build your IoT prototype at a weekend hackathon. That was one of the points made by Matt Rogers (@nestmatt), founder of Nest.

Matt and his team realized early on they needed industrial design experts, and that they would not be able to outsource their hardware design. Software and hardware live on different timelines, and it’s tough to reconcile the engineering team’s calendar with the software developers’ calendar.

This will require solid project management and coordination across the teams, as well as more time and money.

The other point that Matt made was how IoT products all require a combination of three distinct technologies: hardware, software, and cloud services.

Which one of those are you good at? Hire for the others.

3) What is the actual value to users? 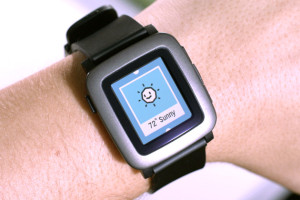 Eric Migicovsky (@ericmigi) is the founder of Pebble Watch, a leading smart watch company. When Eric and his interviewer were not discussing the impending release of Apple’s first smart watch, Eric told some interesting stories about how PebbleWatch got their start.

Initially Eric said he was more fascinated w/ the hardware and techy cool factor of smart watches. So were others apparently, since he raised $10 million on kickstarter, and a recent model became the fastest project ever to hit $1 million in funding.

It took a while though before he asked himself what the real value to customers is, and he realized he had to answer that in order to keep growing.

At this point, they have solid hardware in place and so now the software around the watch is more important than the watch itself. The real value to users will be in the applications built around smart watches, not the watch itself.

4) Platforms are hard to sell on kickstarter 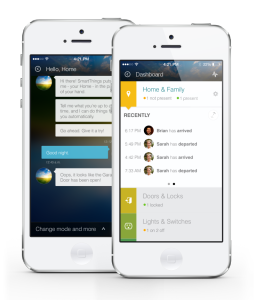 Jeff Haggins is a founder of Smart Things, which has been acquired by Samsung. Smart Things provides a platform for your connected home, but Jeff learned early on that it’s not always easy to sell the idea of a platform to consumers.

For Smart Things to be successful, they needed good PR and to hone their story telling. They were able to tell the story of how Smart Things can help those who own a second home find out about problems before they become catastrophic.

Startup competitions were also particularly helpful for Smart Things since it helped Jeff’s team to get recognition in the development community, which was critical for a platform application.

Is an IoT startup different? Yes and No.

If your startup vision includes a combination of hardware, software, and cloud services, things are going to be more complicated. But the reward will likely be larger at the end. You will need to be a little more deliberate in your planning than a pure software startup, but you can (and should) still follow lean principles of customer development and learning from your customers.

Once your customers have helped you validate the idea in concept and helped you understand what will be most valuable to them about the product, make sure you have the right people, and more time and budget than you initially thought.

The road may be a little tougher, but don’t let that keep you from going down it. The Internet of Things is a rapidly growing area of software development, and you may be building just what we’ve been waiting for.