Why Continuous Deployment is important for you

Last week I went to the Lean Start-up Meetup in Boston where Florian Motlik of Codeship lead a discussion with Amos Benninga from GrabCad, Dan Rowe from ETSY and Ken Eimer from InsightSquared on Continuous Deployment. The presentation was excellent, a great mix of best practices and practical application. Their comments rang true with our experiences too so I’ve summarized below why Continuous Deployment should matter to you as well.

What is Continuous Deployment 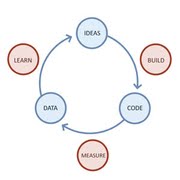 Continuous  Deployment  is a software development practice  is a software development practice where members of a team integrate their work frequently, usually each person integrates at least daily – leading to multiple integrations per day. Each integration is verified by an automated build (including test) to detect integration errors as quickly as possible. After those integrations are automatically tested and approved, they are deployed to production immediately.

Tips for getting started with Continuous Deployment

Continuous Deployment isn’t easy. It requires changes for developers as well as product owners. You may encounter resistance from all parts of the business. One of the best ways to counter this resistance and to get started is by continuously deploying to your staging environment. As development teams work through the process of building tests for their code and product owners get used to working in smaller chunks, some of the resistance to continuous deployment should begin to subside. Establishing Continuous Deployment practices with internal users and stakeholders is a great way to leave the training wheels on and build confidence in the tests that you have built to verify your code.

Another great step to take is to create feature flags in the code. Feature flags are used to disable functionality for some or all users. Said another way, feature flags allow developers to turn features on or off at runtime to test out new functionality. They provide a option to remove a feature that is causing problems for a site without the dreaded “roll back”.

Continuous Deployment is not a silver bullet in and of itself. However, when coupled with monitoring and visibility, it can be a powerful tool for driving innovation and delivering high value (and quality) code. Performance monitoring is critical to identifying code that may have passed automated testing standards but is overloading the system. Similarly, business metrics must be monitored (and delivered in a near real time manner) to ensure that new features aren’t hurting the business.