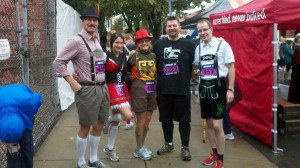 How are lederhosen, lean startups, and customer discovery related?  Let me tell you about my weekend in Boston, and I promise there is a connection.

Recently I was scheduled to be a Lean Startup Machine (LSM) in Cambridge Massachusetts (Oct 12-14 2012).  It was my second failed attempt to attend an LSM event this year unfortunately.

I’ve done Startup Weekends before, and they are a great event.  LSM is in the same vein, but with a different focus.  IMHO, the difference between the two is how “winners” of the 2.5 day competitions are judged.

The point of a Startup Weekend is to form an ad hoc team around an idea, and make as much progress on that business as you can before the end of the weekend.  The ideal outcome of a Startup Weekend is that your team will stay together on Monday, incorporate, and become a real business.  A very worthy goal and it makes for a very fun and exciting weekend.

Lean Startup Machines also have the thrill of a weekend filled with entrepreneur-ism, but the expected outcome is different.  The “winner” of an LSM event is probably going to be the team that, through customer discovery, made the most impressive “pivot” in their business idea.  Customer discovery is all about getting out of the building, before you build any prototypes, and talking to potential customers to test your assumptions.

Both are great events and I highly encourage you to attend both if you can.  For my part, I had tried to attend an LSM in Washington DC this summer but sadly my grandmother passed away and so I could not be there.  The LSM folks were very gracious, and transferred my registration to the event of my choice.  I chose the October Boston event because AgilityFeat is growing our presence in the Cambridge/Boston area, and so it was a great excuse to make another trip.

Alas, it was not meant to be.  On last Thursday an email was sent out to those registered saying that not enough people had signed up, and the event was being moved to December.  Doh!  I can certainly understand, so I wasn’t bitter.  But I had a flight and hotel booked, so now I wondered what I should do for the weekend.

Time for a change of plans

As an agile and lean professional, I’m used to being thrown curveballs.  I’ve found that if you always take an optimistic outlook and just be flexible, then good things result.  That was the case this weekend. 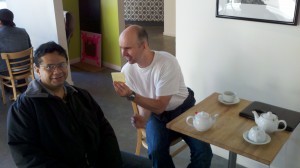 I figured I wasn’t the only person bummed that the event had been rescheduled, so I put up a post on the Cambridge Entrepreneurs meetup asking if anyone wanted to meet for coffee Saturday morning.  The LSM Boston organizers were also kind enough to send out the announcement to attendees too, and I got several responses.

I met up with Ranjan and Michael for a couple of hours Saturday morning at Voltage Coffee, and we had a great conversation.  Voltage Coffee is a great place, and we also stumbled into a couple of other entrepreneurs there working together for the morning.

My plan was to spend most of Saturday doing some customer discovery on my own.  I have been toying with the idea of RT4Treats.com for a few weeks, and this was a chance for me to get out and talk to some small businesses that might be interested in it. 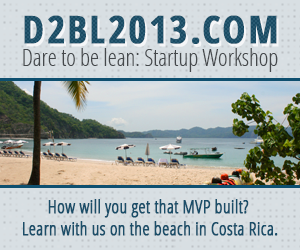 Join AgilityFeat’s Costa Rican Code Commandos on the beach and learn more about best practices in building your startup the lean way!

The big benefit I think I would have received from LSM Boston is some additional coaching from them on how to do Customer Development.  That’s part of the reason I’m so excited that Patrick Vlaskovits will be speaking at our DareToBeLean workshop in January in Costa Rica (shameless plug, but you really should join us!).  I know agile development and nearshoring very well, but I’m looking forward to Patrick’s workshop to refine my customer development skills.

How to do a Customer Discovery interview

Michael has been to an LSM before, so I ran my customer-problem-solution hypothesis by him.  He gave me some great feedback.  My customer and problem hypothesis were pretty good he said, but my planned customer interview questions were going to lead my interviewees on to my desired solution rather than discover what challenges they truly face.

Michael encouraged me to consider a couple broader assumptions, such as whether small businesses see Twitter as a revenue generation tool or just an information distribution tool.  And after confirming a store uses Twitter already (that is a key part of my customer hypothesis), I should ask a more general question like “What are the 3 biggest problems you face using Twitter?”

Insights from my customers

So I took Michael’s advice, I tried to let go of my solution, and it generated an interesting insight for me. 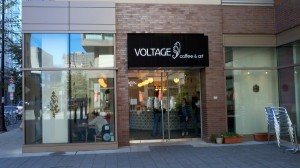 Their use of Twitter is more sporadic.  One tea shop owner told me she gave up on it because they didn’t get enough followers.  The barkeep at Voltage Coffee was very helpful in describing how they use Twitter.  They have active followers and see it as valuable, but they use it more exclusively for distributing information (store closing early today, art show this weekend, etc).

Ideally, when you ask the business to list their 3 problems, one of them will be related to your business idea.  If that happens frequently, you know you’re hot on the trail of something.  If it doesn’t happen, then you need to pivot somehow.

Acting on the Learning

So what does this mean for the current concept behind RT4Treats?

In my case, no one was asking for the solution I had in mind (coupons on twitter), but there was certainly a related undercurrent.  Many of the businesses have trouble growing their twitter followers, which means that both the business and the customers don’t see enough value in following them.  My product idea is intended to help solve that.

At a minimum, my customer discovery was telling me that I need to educate these businesses that there is a solution they haven’t considered which would create more value in their use of Twitter.  They know they have a problem with Twitter engagement, but they don’t know how to solve it and so some of them are giving up on it.

However, whenever you have to educate your customers on something, that means it’s harder to sell to them.  Since these businesses have not drawn the same conclusions I have yet, it may be an early sign that I’m on the wrong path and need to completely change the idea.

If you have a disruptive idea, I wonder, is that a challenge with customer development?  You can’t expect customers to ask for your product if they’ve never considered the possibility of what you are promoting.  But your product had still better solve an underlying need they have, or they will never make the decision to buy a disruptive product.

As for me, I am still pondering what this means for RT4Treats.  I plan to do some more customer discovery to try and learn more.

I’ve written a pretty long blog post with no mention yet of lederhosen.  So what’s up the teaser opening to this post?  Because I still had time to kill this weekend, I was looking for other events to go to.

I found out about the Cambridge 5K Oktoberfest, and I went ahead and signed up.  Although I didn’t have any lederhosen with me, I did have one of my favorite t-shirts, which reads “Schnitzel Happens.”  So I joined in with a couple thousand other Bostonians, many of whom were wearing homemade lederhosen and dirndls.  It was a cold and rainy Sunday morning, but I had a great run.  Even better, after the 5K everyone was served excellent pretzels and beer from the Cambridge Brewing Company

Taking a long run is a great way to ponder things. I had a lot to ponder after my customer discovery sessions from the day before.  That in itself shows the value of Customer Discovery and Lean Startup Machines.

This post is based on a I talk I am giving at the Charlottesville Lean Circle tonight.  Meetup with us!

If you are interested in learning more about Customer Development from author Patrick Vlaskovits, join us in Costa Rica for our DareToBeLean workshop!