#LeanStartup Circle #Cville is off to a great start 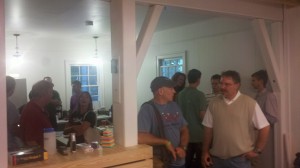 There is clearly a lot of interest in lean startups in Charlottesville!

Lean Startup Circle Charlottesville held our first meeting last night and it was a great success, with around 25 people attending.  Our Meetup group is now up to 42+ people, with basically no marketing of the group.

The meeting was held at Hack Cville. Hack Cville launched this summer with 15 projects, and was started by Spencer Ingram. There are mentors and student-run startups working hard in the heart of the UVa “Corner” district. I think we’ll see some great things coming out of there soon!

John Thomas has been the main organizer behind the group, and I’ve been happy to help how I can.  John got a lot of deserved accolades from the group for his kickoff-night presentation, and for sharing his own personal experiences with startups with the group in a candid way.  He’s set the tone for a group really focused on learning.

John tells us a story

John started by telling a story about a failed startup he had.  He just wanted to be better than ebay when he started shopcatching.com. His minimal research showed small businesses weren’t thriving because of the bigger fees on ebay. So he came up with an “awesome no fee policy” and a list of great features. 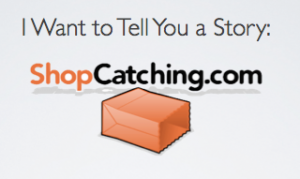 After coding for 5 months, finally launched it. Then he found out Amazon had already created something very similar right about that same time.  As a one-man shop he couldn’t compete with Amazon head to head, and so this was really bad news.

Learning from our mistakes

I think a lot of the entrepreneurs in the room, myself included, could sympathize with John at this point.

John admitted he fell into a trap that a lot of startups do: “If I love it, then everyone who is like me will love it.” He spoke to no customers in advance, he did a single “big bang” release, and he built way too many features initially.

After graciously confessing his “startup sins”, John talked about the principles of the Lean Startup movement, and gave a great introduction to the concepts espoused by Steve Blank and Eric Ries in their books on Customer Development and the Lean Startup. 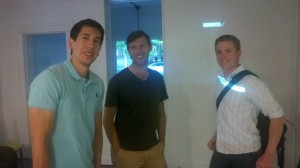 The group had a great discussion, and there’s clearly a lot of entrepreneurial knowledge and energy in Charlottesville.

I particularly liked one comment made by Owen: “When you face an extreme amount of uncertainty, it makes sense to do as little work as possible to test those theories.”

John pointed out that to win in startups, you need to move faster than competitors. That means iterating on the business plan as well as the actual software, and getting lots of customer feedback along the way. 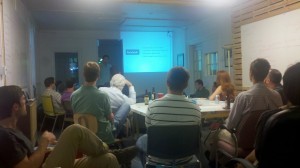 As John’s intro to lean startups wound down, we started to talk about where we want this group to go and what it should do.  John suggested adhering to a couple of principles:

Beyond that, we had a great discussion as a group about how best to incorporate case studies from our peers and industry, so that we can learn how to really apply lean startup techniques and not just talk in the abstract.

Our next meeting will be on Monday October 22nd, from 6:30-8:00 pm at HackCville on 9 Elliewood Avenue in Charlottesville.  Join the Meetup group if you’re interested!  It should be a great meeting and will be part of a big week in Charlottesville leading up to Cville’s 2nd Startup Weekend event.  The lean circle will be talking about lean startup techniques you can apply to get ready for Startup Weekend.